You may know that we restore Victorian front doors but you may not be aware that any door furniture on your front door can be restored as well. Not only does this include knockers, knobs and rim locks (we can even supply keys without the original) but it extends to the things your door hangs on, buried in a hundred years of paint, the hinges. 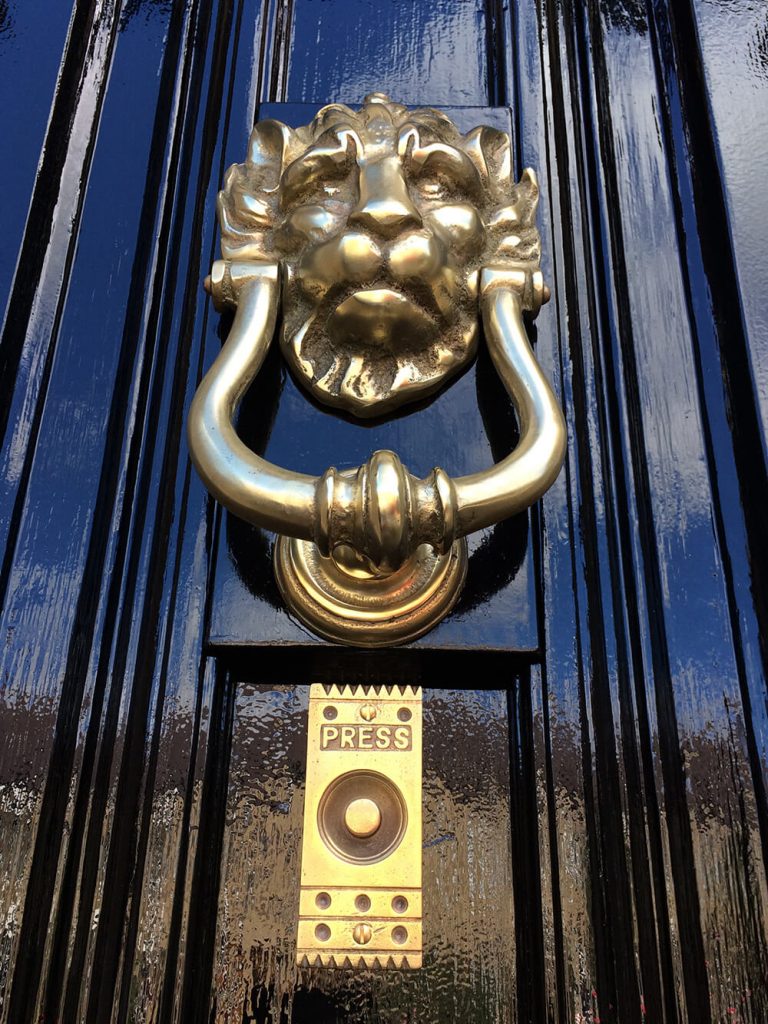 Located in the town of Stourport-on-Severy near Birmingham, UK, on the aptly named Foundry street – The Stourport Foundry was founded in the height of Britain’s industrial era. It is hard to know exactly when the Iron foundry was established, evidence from leaseholds point towards the late 1770’s. What is known, on the other hand, is that a myriad of steel and iron products from iron gates to lamp-stands were manufactured within its walls and predominantly by hand.

Certainly among one of the finer creations to come from the Iron Foundry is the Baldwin hinge, given its intricate and somewhat confusing mechanics – the hinge appears almost mystifying. Having been made in the 1880’s the hinge is naturally most implemented on doors fitted in the Victorian Era (1837-1901), a quick check of any vintage door you may pass through in the future could likely provide you with a view of this intricate hinge, unless it’s covered in 100 years of paint! Though appearing outwardly similar to today’s commonly used hinges, it is clear to see, upon further inspection, that the Baldwin hinge is quite the contrary.

It is completely counter-intuitive to imagine a hinge without a center pin, “How could the parts move relative to each other in that case?”, you may be left thinking. This leaves us with an intriguing puzzle with a more than satisfying answer.

The Stourport foundry, being famed and acclaimed worldwide for its wonderful hinges, by no means would’ve been lackluster in the creation of its star product. The demand for increase in output of hinges was huge, yet the process of making a Baldwin hinge was tedious and time consuming as we will see.

The perfected process began with the use of pig iron bars which were often delivered using the canal adjacent to the foundry. The bars were subsequently dropped in particular manner that would produce various smaller pieces of iron. These iron parts were then placed in a cupola and melted.

From this molten iron, under extreme pressures – one side of the hinge was forged. The next step could perhaps explain the popularity of the Baldwin hinge. Shockingly, there is a pin involved! The pin would have been reinforced and strengthened using camel hair, whale oil and many other reinforcements that led to durability and imperviousness to wear. The pin was even dipped in sand to ensure it wouldn’t stick to its surrounding iron components. Upon being placed in the box of one side of the hinge, the other half would then be made and attached. This left the pin firmly hidden in the middle of the hinge. 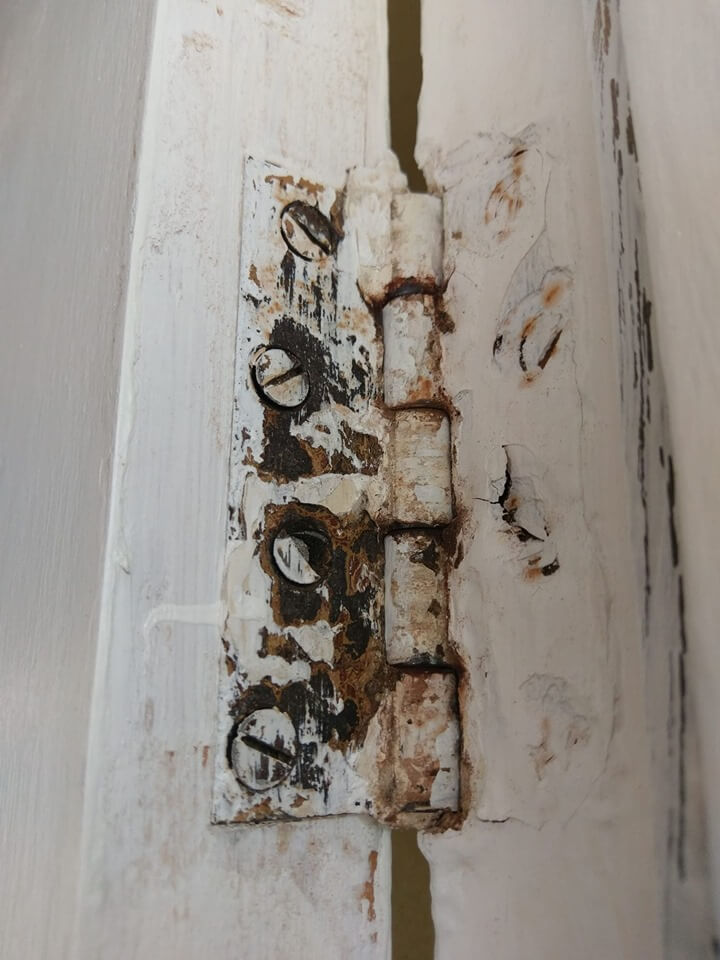 Most Victorian front doors that we restore are hung using ‘Baldwin 200’ hinges, often we don’t even know they are Baldwin until we strip off the paint. It’s great to see the embossed BALDWIN branded on to the steel as it’s revealed with the scrape of a chisel.

After stripping the hinges clean we wire brush them down to the steel and treat them to emphasize the mottled texture of the hinge, the Baldwin brand clear to see.

Farewell To The Stourport Foundry 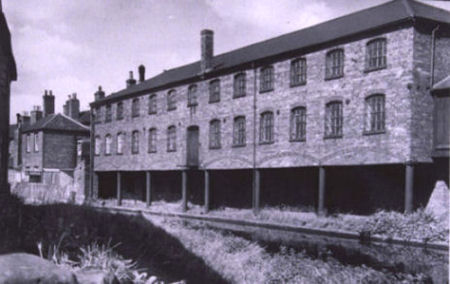 All workers of Stourport foundry were asked to give one week’s notice in January 1956, the foundry was then completely discontinued at the end of the year. The building came to be demolished in 1967 leaving only the warehouses and the offices of the Foundry where the unique Baldwin hinge was once made. 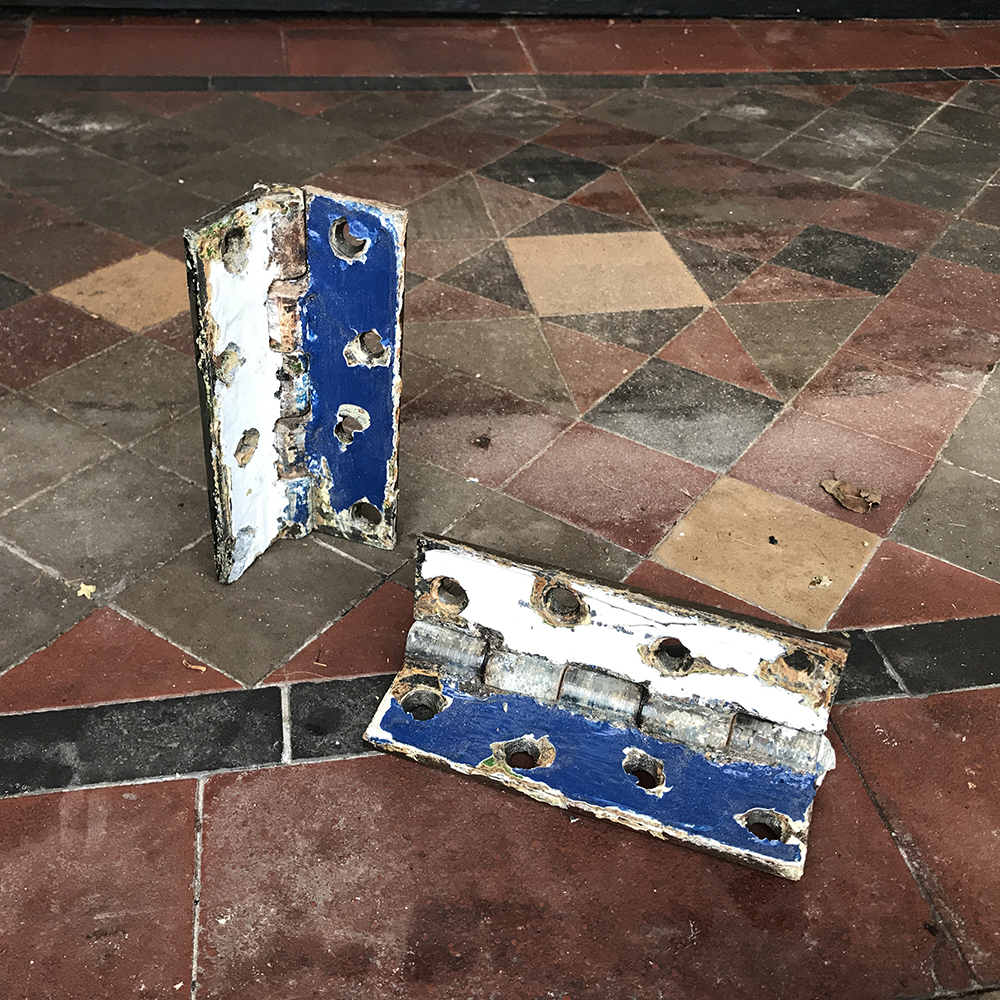 When restoring a Victorian hinges there will probably be over a hundred years of paint on them, this needs stripping. We chisel it off to start with and the scraping doesn’t harm the cast at all but I would advise you to be careful.

You can use a paint stripper to get the rest of the paint off and don’t be afraid to use a heat gun either with a wire brush. 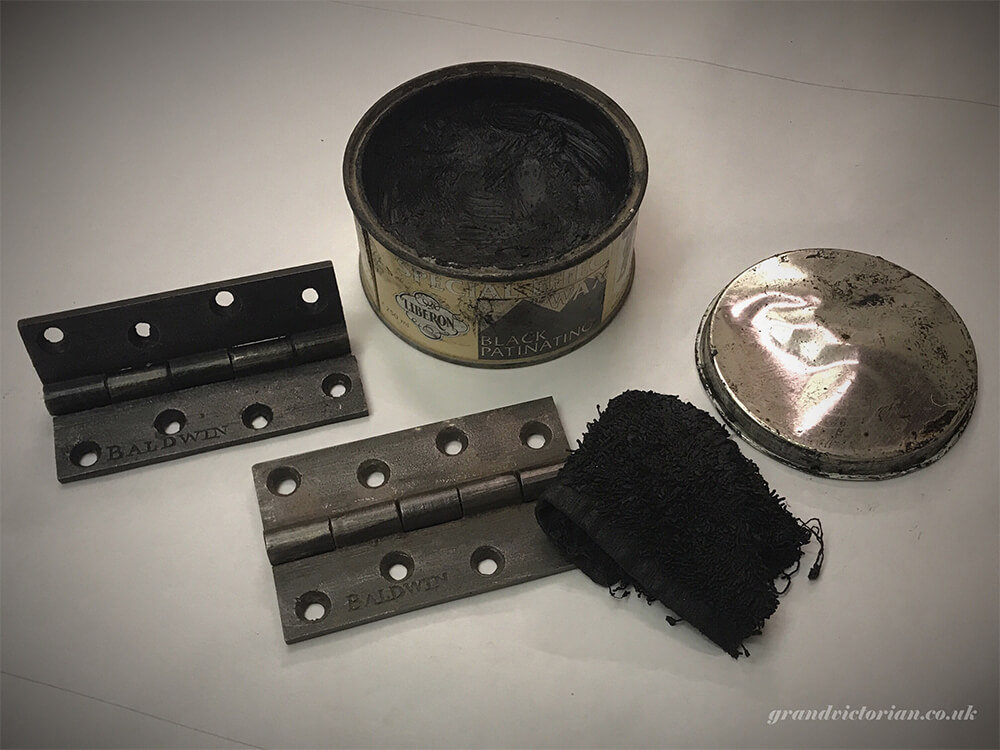 When there is just steel left we simply rub them down with a Scotch pad and Liberon Black Patenating Wax. I bought my tin of this in 1995! They look so beautiful and look great with brass or chrome door furniture.

Tools We Use For cleaning up Baldwin hinges

We strip the paint from the hinges with our DeWalt heat gun. As there are no plastic or heat sensitive components to the hinge you can use heat on them. 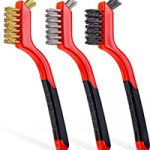 Scrubbing the paint off the hinges we use wire brushes. You don’t need anything expensive, as long as you don’t hold the brushes under the heat gun! 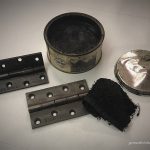 When the hinges are ready we’ll rub them with Liberon Black Patinating Wax. It protects the iron from surface rust and gives them a real nice black rustic sheen. 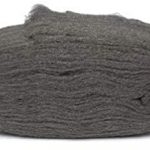 Liberon wire wool is brilliant for removing the final bits and applying the wax.

Rustins Lint Free Cloths are perfect for applying wax, oil and French polish to wood. They can last for ages if you treat them like a tool rather than a throwaway. We give the hinges one last dry polish with one.

If you have any questions about our methods or tools we use, don’t hesitate to get in touch.

Cracks In Paint Around Door Panels